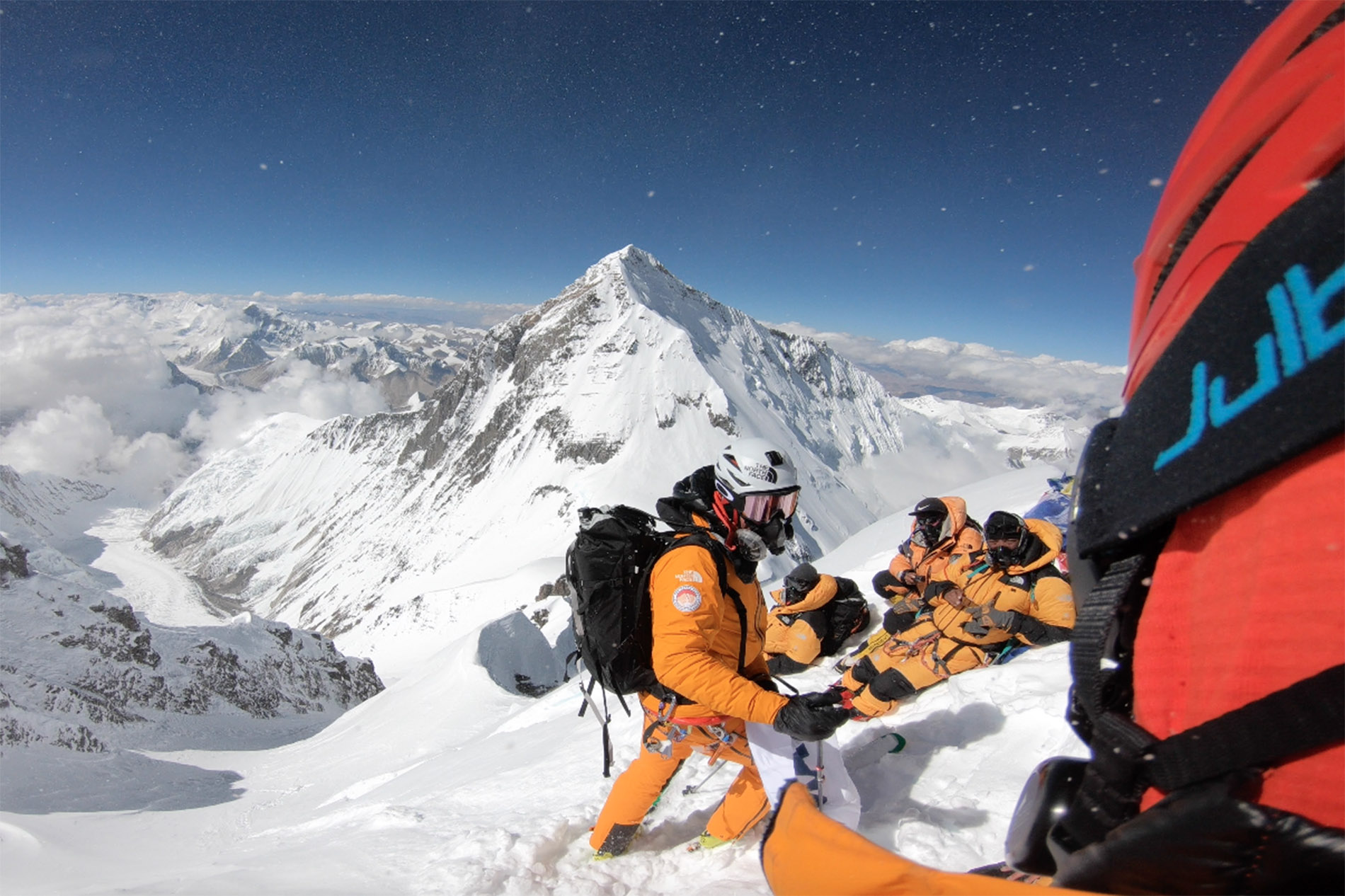 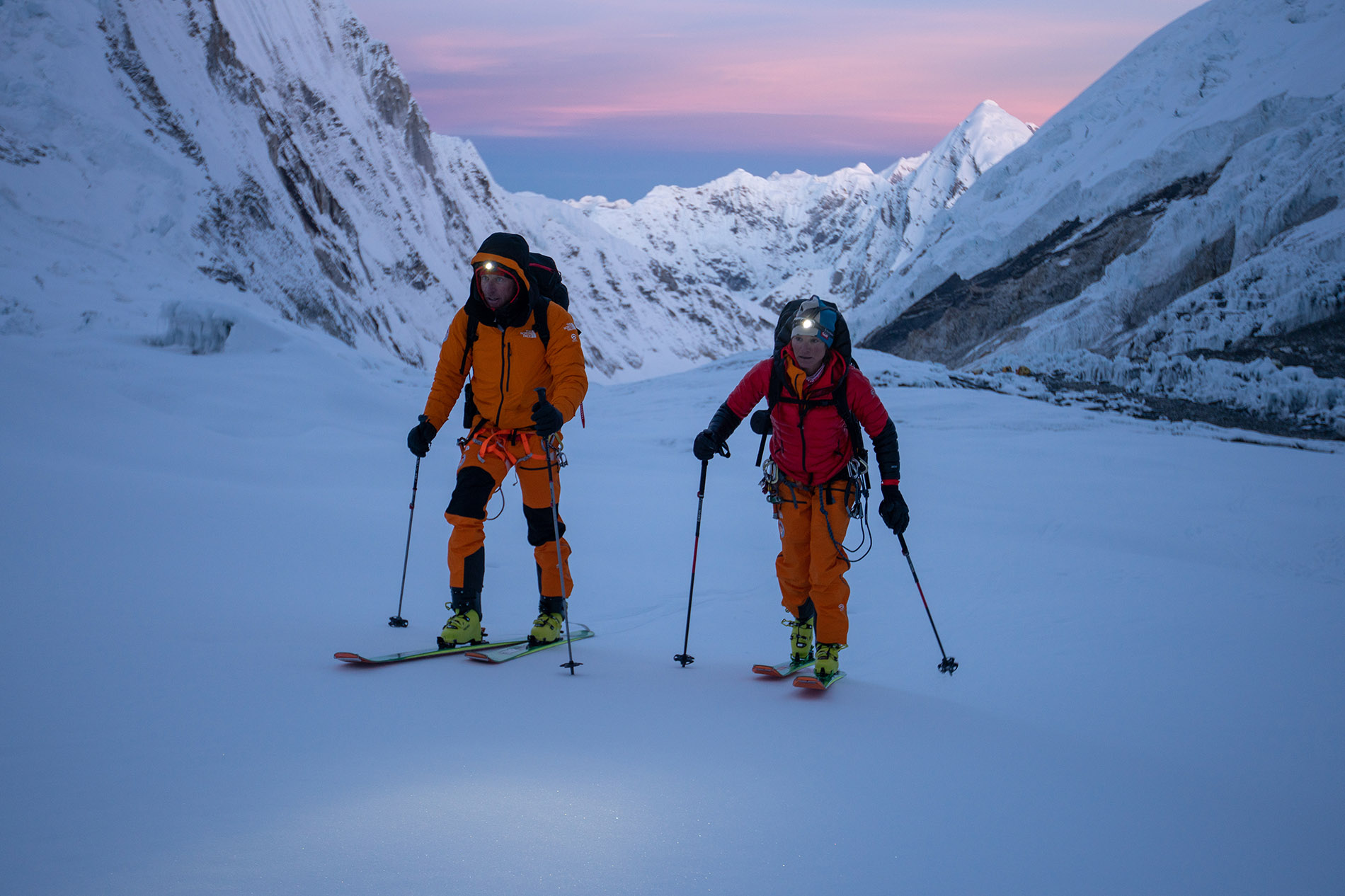 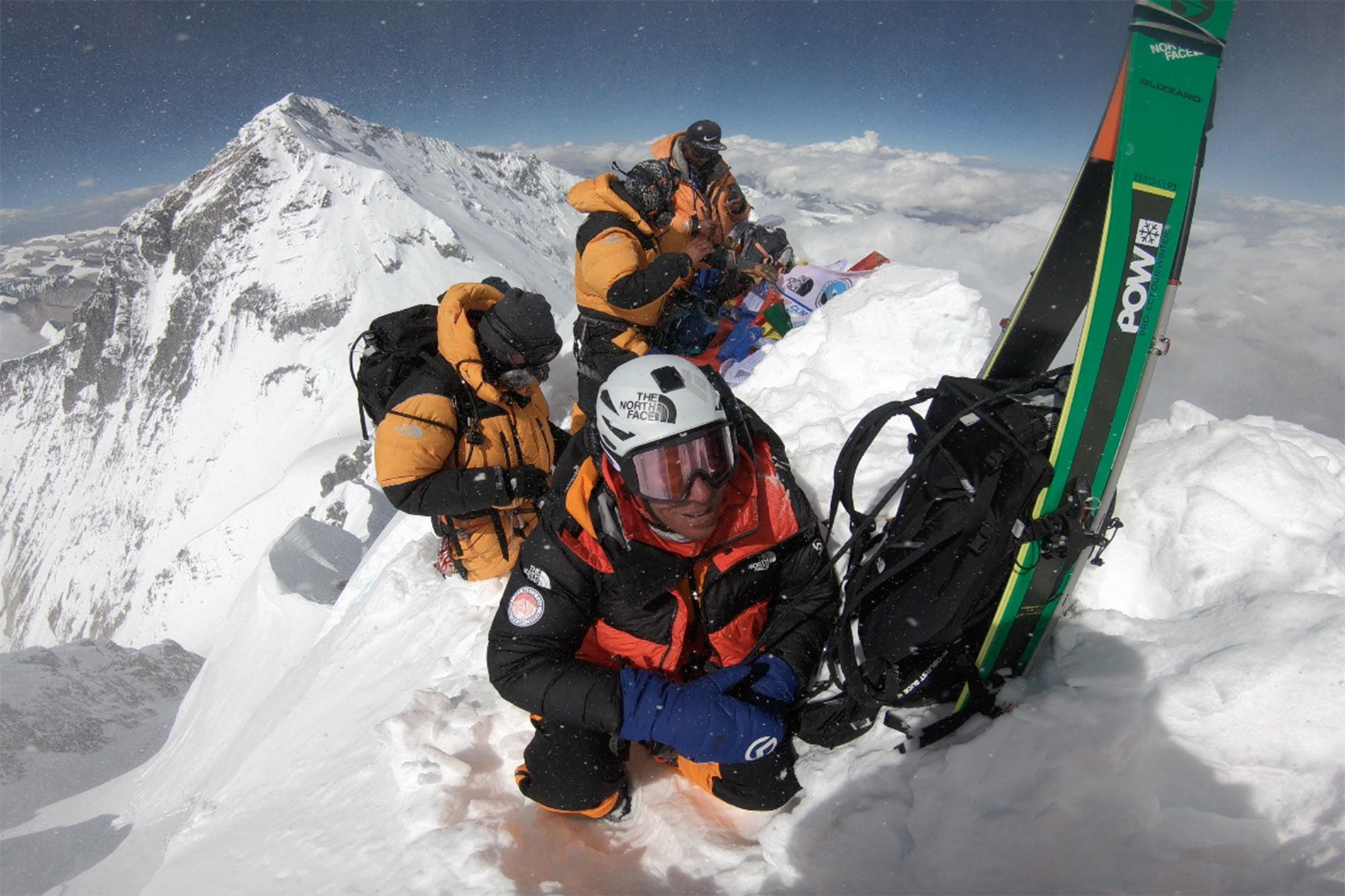 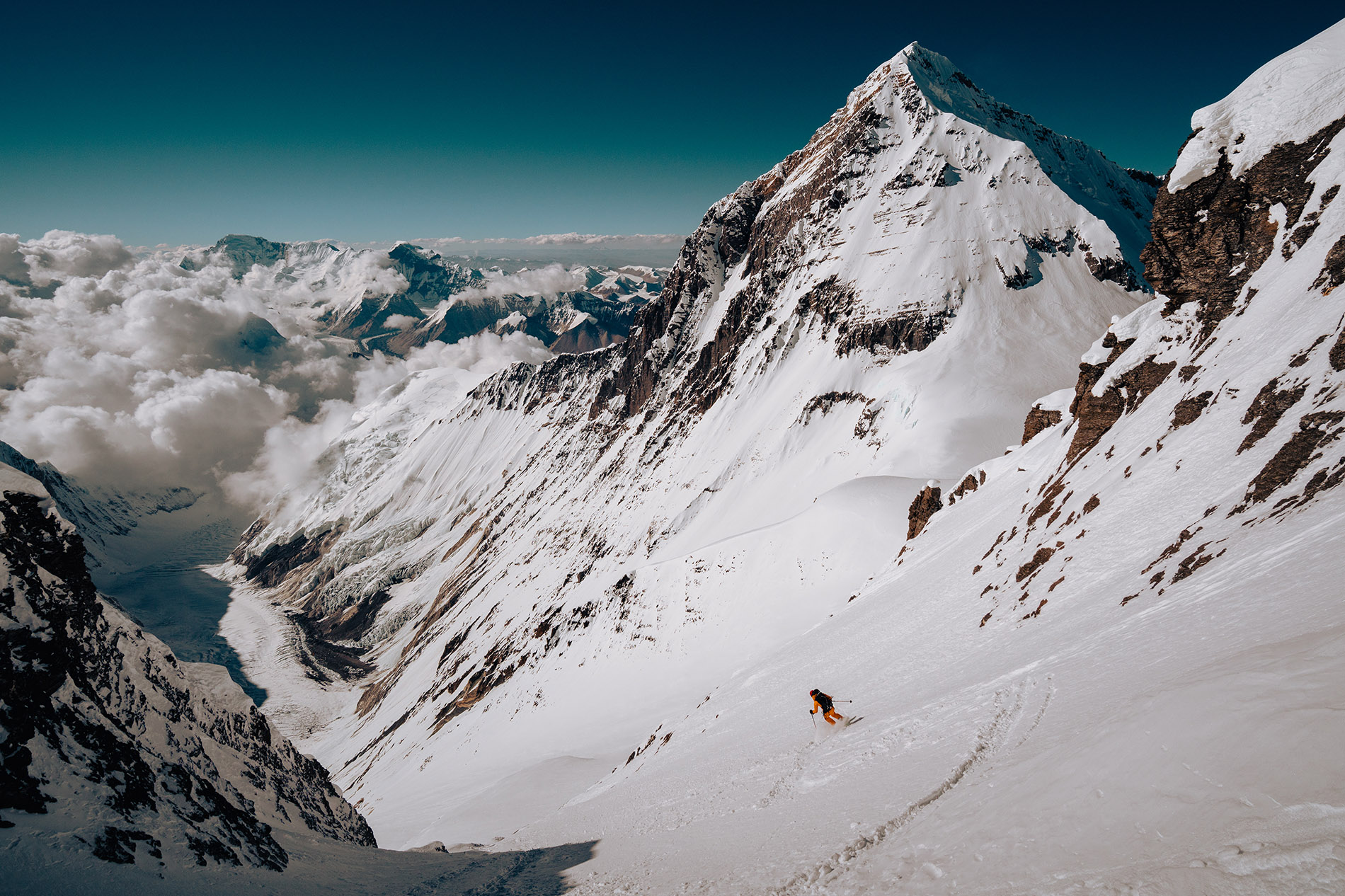 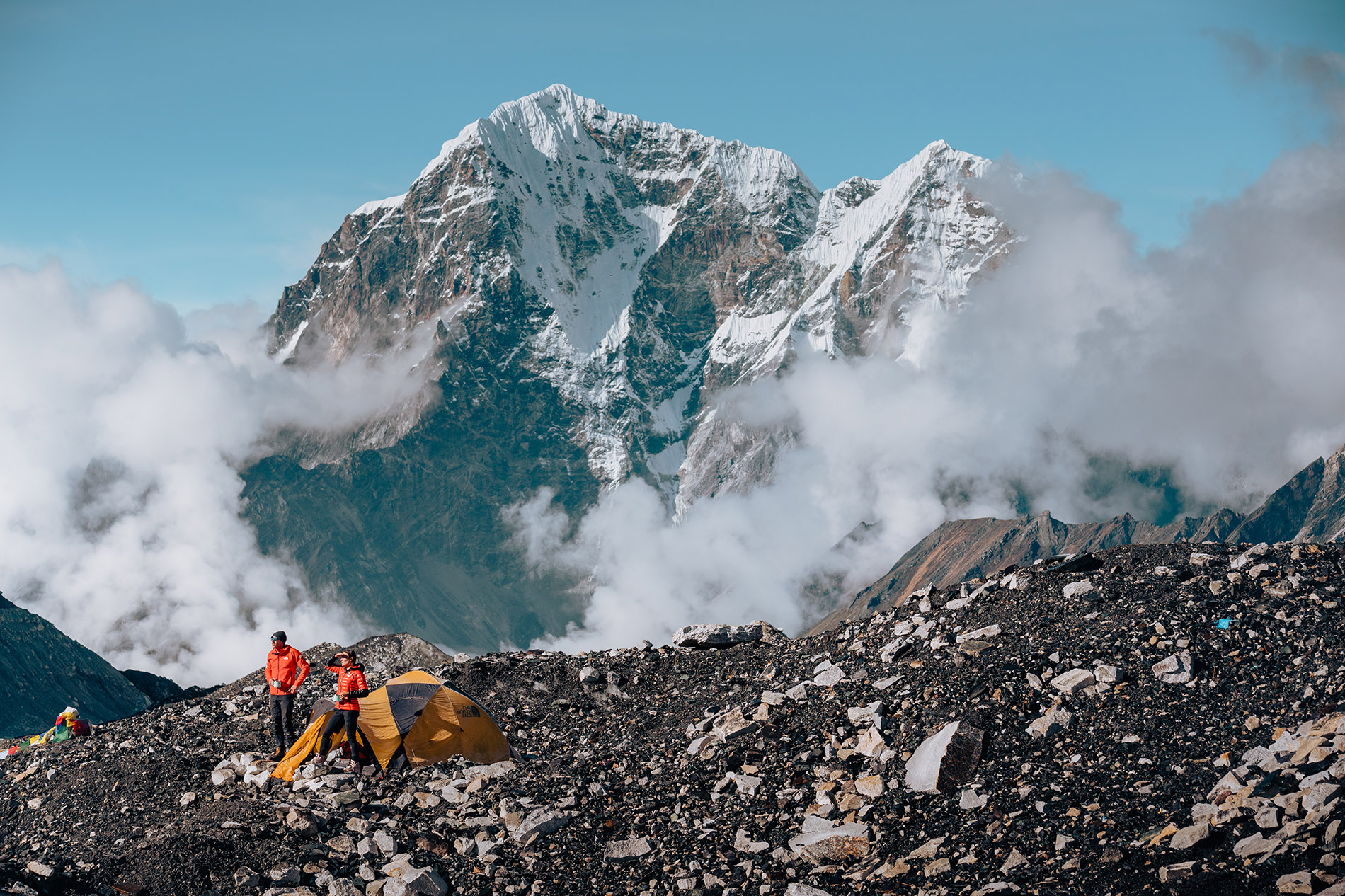 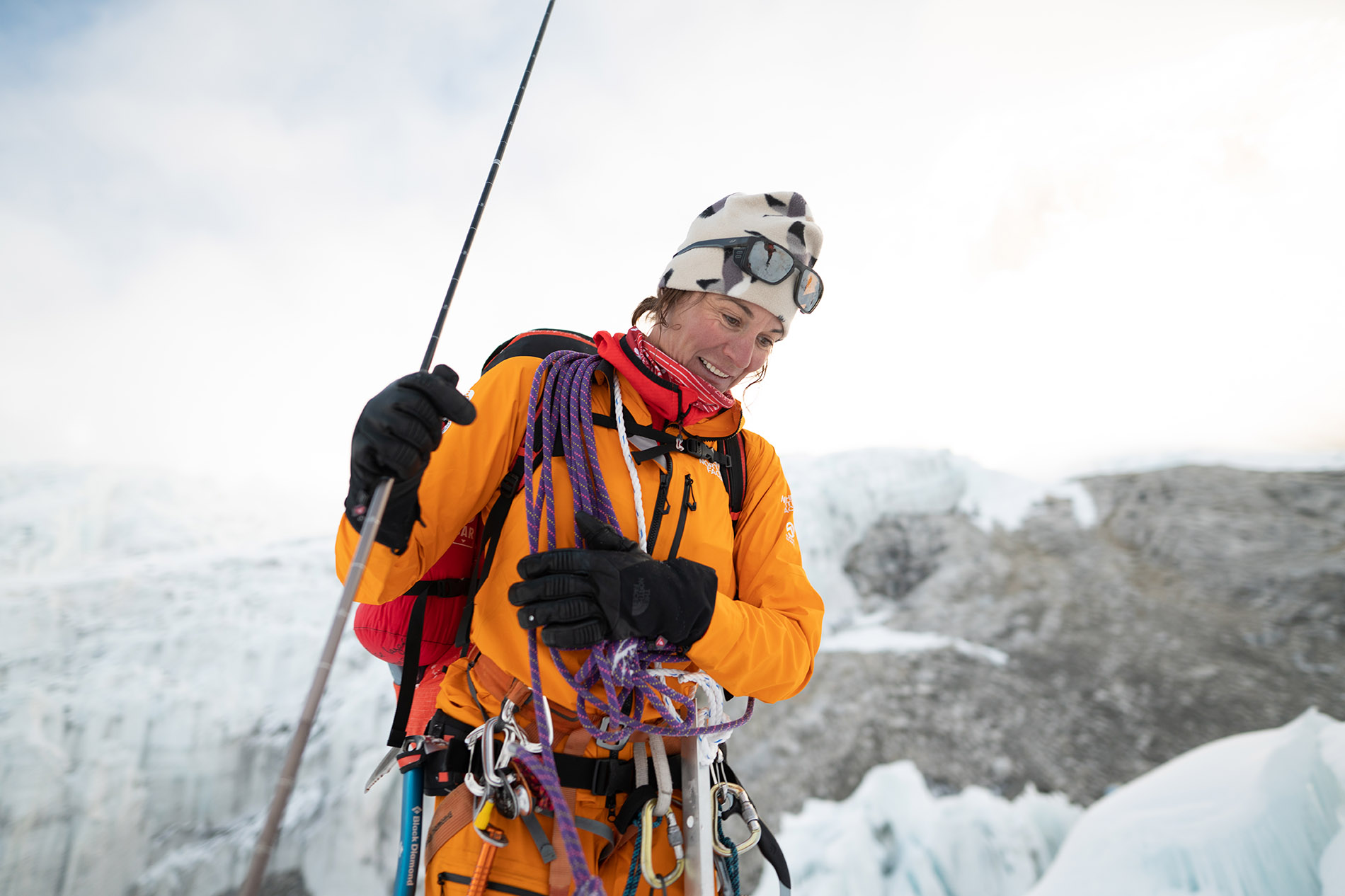 On Sunday, September 30, Hilaree Nelson and partner Jim Morrison made the first ski descent of Lhotse, the fourth tallest peak in the world. They descended via the famed 2,500-foot ‘Lhotse Couloir’ and onto the Lhotse face, making the entire ski descent roughly 7,000 feet in entirety. Part of the Everest massif, Lhotse (27,940 feet) is one of Nepal’s renowned 8,000-meter peaks..
Photos by Nick Kalisz, Dutch Simpson and The North Face. All rights reserved. 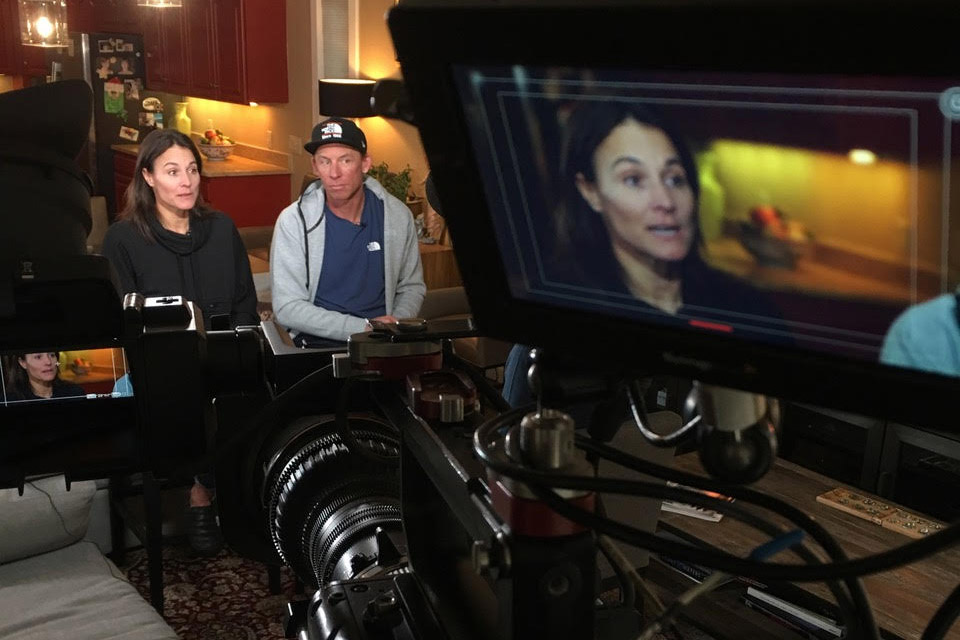 Watch the interview with Hilaree & Jim on
CBS This Morning (aired February 25, 2019).

Point of No Return & Down to Nothing: National Geographic Speaker Series 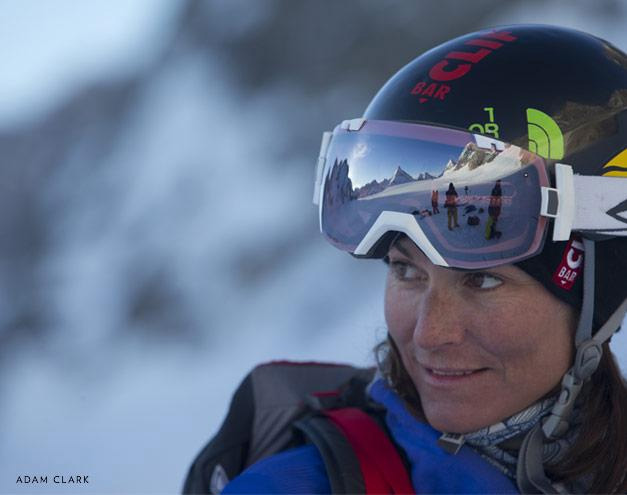 As part of the National Geographic Speaker Series, Hilaree tells her gripping story of leading a team of some of the world’s elite climbers on a grueling attempt to climb a remote peak in Myanmar—and the physical and emotional toll they endured.

In the fall of 2014, a National Geographic team set out on what they knew would be a harrowing journey to the summit of Burma’s Hkakabo Razi to determine if it is indeed Southeast Asia’s highest point. What they didn’t realize was that the greatest obstacle wouldn’t be their dwindling rations, or the grueling jungle hikes, or the life-threatening hypothermia. It was the force of conflicting personalities that threatened to unravel the entire endeavor. Hear Hilaree’s harrowing story as she recounts the tough decisions she had to make to keep the team together, accompanied by photographer Cory Richard’s dramatic stills and clips from Renan Ozturk’s searing documentary, Down to Nothing.